Legislative Brief: What If the Employer Mandate Is Repealed?

The Affordable Care Act (ACA) requires applicable large employers (ALEs) to offer affordable, minimum value health coverage to their full-time employees in order to avoid possible penalties. Because this employer mandate has been criticized as burdensome for employers and an impediment to business growth, it seems likely that its repeal will be part of any plan to repeal and replace the ACA.

If the employer mandate is repealed, many ALEs will likely want to modify their plan designs to go back to pre-ACA eligibility rules (for example, requiring employees to have a 40-hour per week work schedule to be eligible for benefits). Employers may also consider increasing the amount that employees are required to contribute for group health plan coverage.

When making plan design changes, employers should review their compliance obligations under the Employee Retirement Income Security Act (ERISA) and the ACA mandates that may remain intact.

For purposes of the ACA’s employer mandate, a full-time employee means an employee who works an average of 30 or more hours per week.

To comply with the ACA’s employer mandate, many ALEs were required to expand their health plan’s eligibility criteria to include employees who work 30 or more hours per week. ALEs that use the look-back measurement method have also implemented complex systems for tracking and measuring employee hours in order to identify the employees who must be offered coverage. In addition, to satisfy the ACA’s affordability requirement (9.5 percent, as adjusted from year-to-year), ALEs have analyzed their employees’ premium contribution rates and made adjustments when necessary.

At this time, the ACA, including its employer mandate rules, remains intact as a federal law. Proposed legislation to repeal and replace the ACA is currently making its way through the federal legislative process. The current bill that is being considered by Congress, which is referred to as the American Health Care Act (AHCA), would reduce the penalties for failing to comply with the ACA’s employer mandate to zero beginning in 2016. This change would effectively repeal the ACA’s employer mandate (although it would technically still exist).

ACA Reporting: The AHCA would not repeal the ACA’s employer reporting requirements under Internal Revenue Code (Code) Sections 6055 and 6056. Under these tax provisions, ALEs are required to report on full-time employee offers of coverage and employers with self-insured health plans must report on minimum essential coverage. Under the AHCA, employers would still be obligated to report and subject to penalties for failing to report until the proposed AHCA tax credit system is effective in 2020. Starting in 2020, employers would report offers of coverage on employees’ Forms W-2.

The AHCA’s future is still uncertain. The bill has been amended several times and will likely be subject to additional revisions in the near future. Since the bill has not been signed into law, the ACA’s employer mandate, and its penalty provisions, remain intact. However, because the employer mandate has been criticized as burdensome for employers and an impediment to business growth, it seems likely that its repeal will be part of any plan to repeal and replace the ACA.

If the ACA’s employer mandate is repealed, ALEs will no longer be required to provide affordable, minimum value coverage to their full-time employees in order to avoid possible penalties. Many ALEs will likely want to modify their plan designs to go back to pre-ACA eligibility rules. Possible modifications that ALEs may consider include:

Effective Date of AHCA Repeal: The AHCA would effectively nullify the employer mandate by eliminating potential penalties effective Jan. 1, 2016. Because the employer mandate took effect for some employers in 2015, penalties could technically still apply for the 2015 calendar year, although it is unclear whether the IRS would pursue these penalties. Also, an audit report released by Treasury Inspector General for Tax Administration (TIGTA) reveals that, due to system and operational problems, the IRS has been unable to identify the employers that are potentially subject to an employer mandate penalty or to assess any penalties.

It is difficult to predict whether federal agencies, such as the IRS and DOL, will issue guidance in the event the ACA’s employer mandate is repealed in order to help ALEs work through the changes. Even if federal agencies plan on issuing implementation guidance, it may take a while before it is available. In the meantime, ALEs will likely want to make changes to their health plans. In general, ALEs that are considering changes to their health plan’s design and administration should consider their compliance obligations under ERISA and the ACA mandates that may remain intact.

In general, under ERISA, employers may amend, or make changes to, their health plans at any time, provided those changes do not violate other federal laws. An employer’s decisions about plan design, including who is eligible for coverage, are generally viewed as “settlor” functions that are not subject to ERISA’s rules that require fiduciaries to act solely in the interests of plan participants or beneficiaries. Thus, employers may make decisions about plan design based on their business interests, even if those decisions negatively impact plan participants or beneficiaries.

Compliance Concern—Vested Benefits: Unlike retirement plan benefits, welfare benefits (for example, group health plans) are not subject to ERISA’s vesting requirements. Because welfare benefits are not vested under ERISA, they can be amended or changed at any time, as a general rule. However, there are some circumstances when group health plan benefits may vest under the terms of the plan documents. The case law on this issue generally provides that, once a participant satisfies all of the plan’s conditions for receiving a benefit, those benefits cannot be reduced or eliminated for that participant. The application of this rule depends on the specific facts of each situation, including the terms of the plan document. Employers that are making changes to their eligibility rules, particularly mid-year changes, may want to consult with their legal counsel regarding any vested benefit concerns.

Any changes that are made to plan design must be formally adopted by the plan sponsor as part of the health plan’s documentation. These changes also must be communicated to participants through either an updated summary plan description (SPD) or a summary of material modifications (SMM).

ERISA provides generous deadlines for communicating plan design changes to participants—the deadline is 210 days following the close of the plan year in which the amendment was adopted, except that notice of material reductions in benefits and services generally must be given no later than 60 days after the date of the adoption of the modification. However, to help avoid benefits disputes and possible litigation, employers should communicate changes to their health plans’ eligibility rules as soon as possible, and before the changes take effect, as a best practice.

In addition, federal courts have addressed what information an employer is required to provide to plan participants when it is considering whether to make a plan amendment. These cases often arise in the context of retirement plan benefits, but the same ERISA fiduciary principles would also apply to welfare plan benefits, such as group health plan coverage. In general, most courts have ruled that ERISA plan fiduciaries (that is, plan sponsors) have a duty to provide truthful information about potential plan amendments when participants ask about the possibility of plan changes.

When considering plan design changes, employers should remember that many ACA reforms will likely remain in place even if the employer mandate is repealed, including the following ACA reforms that impact plan eligibility. 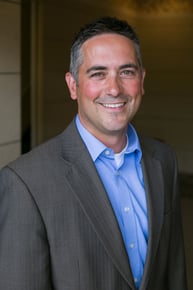 Kyle has been with Hausmann Group since 2008 and became an owner in 2016. He primarily consults employer groups on developing and/or maintaining their high level of benefits while controlling very important costs. Kyle works with various size employers, speaks publicly on alternative benefit strategies including HRA, HSA, FSA’s and proactively keeps his clients educated on the ever-changing Health Care Reform Requirements. He understands that employees are a business’s greatest asset and having a high level benefits program will undoubtedly help with recruitment and retention. He has previous experience as a Property Casualty Agent with Group, and a Commercial Lender in the banking industry. Kyle graduated from the University of Wisconsin-Madison with a BS in Economics. A fun fact - Kyle was a member of the UW–Madison’s Men’s NCAA Division 1 National Champion Soccer team in 1995. In addition to actively participating in two SHRM chapters, he also serves on the Board of Directors with 4 local community based not-for-profit organizations (President / Middleton Chamber of Commerce 2017, Executive Director / Pet Care & Assistance Fund, Treasurer / Middleton United Soccer Club and Board Member of Work Plus, Inc.)

The U.S. inflation rate has increased by 8.3% over the last year, according to the Bureau of Labor Statistics (BLS). This has ...
Start Reading