Spring has sprung and with that the building season is in full swing! Though, come to think of it, when hasn’t building been in full swing as of late? With all these buildings going into the ground and sprouting out of it, it makes me think of builder’s risk insurance. 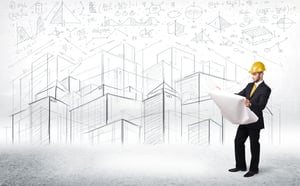 In the construction industry, for larger projects, virtually all general conditions documents require the owner to purchase the builder’s risk insurance.  In Section 11.3.7 of the AIA A201 2007 edition, the General Conditions require that the builder’s risk policy also include a waiver of subrogation.  Since all property insurance policies include a provision to preserve the insurance company’s right to subrogate, a waiver of subrogation requirement may seem counter-intuitive at first, but history tells a different story.

The process of construction is an inherently risky endeavor.  Over time, the drafters of contracts realized this risk, so they chose to contractually limit the risk for all parties to the construction contract. Going back to the 1976 edition of the AIA A201 General Conditions, there has been a specific line item to insert a waiver of subrogation.  By including a waiver of subrogation on the builder’s risk policy, the risk of builder’s risk insurance claims are borne by the builder’s risk insurer and not by any contractor that may be responsible for the damage to the building under construction.

Unfortunately, the builder’s risk waiver of subrogation is not a uniform practice in construction contract administration, and all owners, contractors, and subcontractors need to be aware.   For example, in the state of Wisconsin, the Division of Facilities Development (DFD) standard state contract includes a claw back provision in the State’s indemnification clause. The claw back provision allows the state of Wisconsin to subrogate against any contractor up to $1MM.  In this instance, the state has the contract language that grants the right of subrogation.  However, we see more owners using their existing property insurance coverage to cover improvements/betterments, building additions under construction, and sometimes new buildings.  In this case, an owner may have unwittingly breached their construction contract since there likely is a builder’s risk waiver of subrogation provision in the general conditions of their construction contract.  In addition, they have put their construction partners at additional risk since the contractor’s insurable interest (financial interest) in the work is not protected by the builder’s risk since the contractors are not named insureds on the owner’s property insurance policy.

To manage this process, we suggest all stakeholders verify that builder’s risk policies and/or property policies include an express waiver of subrogation for construction work performed.  By doing so, the owner and the contractors party to the construction are shielded from subrogation and the risk stays where it belongs - with the insurance company. 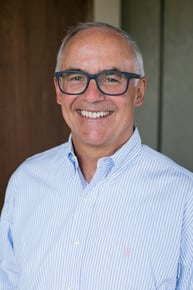 Tim joined Hausmann Group in 1980 after working in the oil fields in the North Sea, as well as for Del Monte Foods. During his time in the insurance industry he has found that he is most passionate about helping clients succeed. He takes pride in being an insurance resource and consults with clients to help them make the right choices for their company. Tim’s clients would say that he tells them what they need to hear, not what they want to hear, which helps them make the best decisions. Tim sits on the Board of Directors for Hausmann Group. He graduated from Hamilton College in Clinton, New York with a BA in Economics. Traveling is one of his favorite pursuits and he especially enjoys the anticipation leading up to a big trip. If he’s not on the road, you can find him cooking a full family style dinner every Sunday.

Whether you are a developer, owner, or contractor, a properly structured builder’s risk program is essential to the success of ...
Start Reading
Rick Barton, CSP, ARM
April 3, 2020 2 min read

Homeowners Insurance and the Rising Cost of Building Materials